What Do Computer Networking Technicians Do?

Starting a career in the computer networking field as a technician can be a very rewarding experience. The job comes with a wide range of requirements.

What Do Computer Networking Technicians Do? 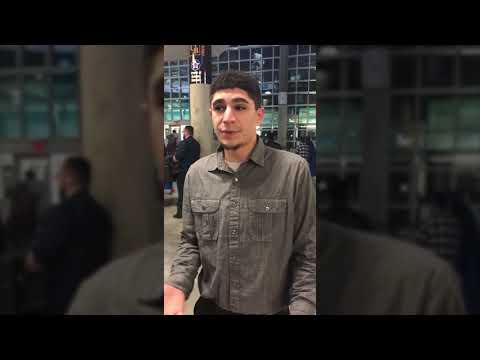 Contrary to the stereotype that the tech world is littered with unsociable types and recluses, the reality is that the industry is built on teamwork. At the center of all that effort is networking, a field that ensures people and resources are brought together in a manner that makes the most of technology.

What do you do if someone from the human resources department needs you to set up a terminal to have access to files on a database located on a computer in another building or even another state, it’s your job to take direction and turn it into results.

The computer network technicians who advance the furthest in the field are the ones who not only take direction well but can distribute instructions and information efficiently. Computer networking is an industry that rewards leaders, especially ones who can motivate tech-minded individuals to get projects done.

The habit of monitoring for quality and rechecking everything can benefit any computer networking technician trying to carve out a career path.

There’s a lot more to hooking up a network than simply running cables from one system to another. You have to sort through many questions.

A good practical example to think about is comparing the needs of the office of a Fortune 500 company that mostly passes around Word documents and Excel spreadsheets versus a small group of entrepreneurs who just incorporated as a business in order to expand their YouTube channel.

You might be surprised to find out which of the two requires a higher grade of cabling in many situations. At first glance, you might think the large corporation needs it because it has more employees. However, the answer is the YouTubers. Why? Even if they’re just a team of five people making and editing videos, their demands for their network are likely to be much higher.

When you’re loading, editing, and saving a multitude of 4K videos in a computer networking environment, you end up pushing through gigabytes of data on an hourly basis and terabytes of data over the course of months. In fact, in this comparison, the YouTubers might need more throughput in an hour than the Fortune 500 company will need in a month.

It’s the job of a computer networking technician to think about the challenges people face and come up with solutions that fit their circumstances.

The YouTubers in our previous example are likely to need a setup that requires fiber optic cards installed on all their computers and their servers. They’ll also need appropriate fiber optic cabling, and the entire networking configuration needs to be as efficient as possible to avoid bottlenecks in the video editing process.

If you were the computer networking technician tasked with helping this group of hypothetical go-getters, it would be your job to alert them to such requirements if they haven’t already considered those concerns themselves. You also need to handle the introduction of critical concepts to them, and you’ll need to address the issue in a way that doesn’t make it sound like an upsell.

That’s a lot of work to get done, and when you’ve finished that, you still won’t have put down a single foot of cable.

Helping people make choices is a big part of the career of a computer networking technician. If you’re working as an in-house professional at a large law firm, you may not be told anything more intelligent than “get it done.”

Unfortunately, that means you’re going to have to make choices on behalf of the stakeholders who don’t know any better than to task you with the project and demand results. However, you’ll need to address topics like these.

While stakeholders will be comfortable discussing these concepts in relatively vague terms, they’re probably not going to have a lengthy discussion about the risk of an intern’s escalation of privileges enough to find out what the senior partners’ salaries are.

You need to make the choices that govern how the whole network will function. More importantly, you need to make them in a manner that keeps the company’s data secure while also allowing appropriate parties to access it when needed.

The world of networked systems has advanced at an incredible pace over the last few decades. Entire architectures have gone obsolete in that time. In such a fast moving industry, it’s incumbent upon you to not just enter the career field, but continue to learn.

Computer networking technicians who succeed in the industry have the ability to quickly assimilate new information and decide whether it applies to a situation.

Will a new type of switch help a company open some of the bottlenecks it has had with its network? Is the newest choice the most cost effective, or could an older solution that’s going down in price help a firm get the same results while spending less?

The range of innovations in the world of computers means the computer networking technicians who network them will have to keep up. Day trading firms use microwave relays in their networks to speed up transactions by mere nanoseconds.

High-end video editing needs are taxing throughput like never before. The office workers of the world are demanding more bandwidth for checking out cat memes just to keep them entertained on a slow Tuesday. As these demands increase, it’ll be your task to learn what new offerings can do the job and how they can be implemented.

The Computer Technician Networking Specialist program at Hunter Business School is designed to prepare computer networking students for entry-level positions in the fields of electronics, computer technology, and networking. Students build their own computers and use them in the learning process.