SOHO networks are among the most common ways for computers and electronic devices to be connected. The term SOHO means “small office/home office,” and it refers to both small businesses and home-based ones.

When it comes to the question of security, a SOHO network is a source of concern because of the limited resources available to smaller operations and individuals. Although some extremely tech savvy people can do the job almost as well as a professional security or IT consultant, the reality is that most of these sorts of networks are relatively exposed. 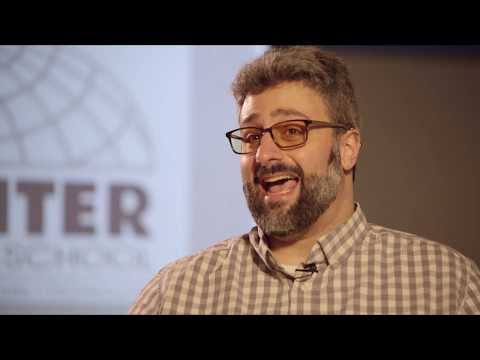 Especially for people who have training in networking, SOHO setups can be challenging to deal with. They often include mixtures of both personal and business devices, such as when sole proprietors bring their personal cellphones into their home office area.

In some cases, home and business networking systems, including modems and routers, may overlap. Even in small offices with multiple employees, it’s not unusual for workers and management to take a casual attitude toward network security.

The interplay of all these devices makes mapping the network critical. The person in charge of computer networking needs to see what systems are on the network and what levels of access they have.

Any devices that seem foreign have to be evicted from the network, and that requires know-how to deal with things like assigning network names, privileges, and local IP addresses. In some cases, such as when a SOHO hosts a web server, database, file server, or remote desktop system, this may include providing secure methods for ports to be opened and used from outside the network.

What About Antivirus and Firewalls?

When most people talk about antivirus software and firewalls as concepts, they’re referring to forms of software that address issues on the local side of the network. The problem with leaning heavily on these pieces of software is that any attack that’s already interacting with a computer, phone, or tablet has penetrated too far into the network to begin with.

Hoping for antivirus software to save the network is a bit like having a dog inside a house for defense. It’s better than nothing, but you’d probably be better off having installed locks, cameras, and lights rather than waiting for someone to get into your home.

At larger businesses, these issues are addressed using appliances purpose-built for providing security. Fortunately, pricing on these systems has come down over the last decade, and they are accessible to smaller organizations and individuals now.

This leads to several layers of security. At a typical business, one might see the layers from the outside looking like so.

There are also added benefits to using this kind of configuration. In addition to adding a security layer, many appliances also can be set up with ad blocking, DNS services, VPNs, and other features that enhance security, stability, and connectivity.

Where Do You Start?

Most networking specialists working with SOHO customers will want to get a sense of the scope of the security problems they’ll be dealing with. This means mapping the network using tools like Nmap or Spiceworks. They’ll also conduct scans from outside the network to see what devices are responding on ports assigned to handle email, web services, file serving, and remote desktops.

It’s important to conduct a complete audit of the network before making any decisions. Working from the audit, a networking specialist and a business owner can then make choices like disconnecting old file servers and consolidating resources to minimize exposure. If certain employees appear to have higher-than-necessary privileges, those can be tweaked to meet their individual needs within the business.

The audit will also give the networking specialist a map of the devices they will need to work on. They will be able to identify machines that require these things.

This is also an excellent opportunity to think about the network itself. It’s not unusual for a SOHO network to expand capacity by simply packing more stuff onto the network.

For example, a business might pile in a second wireless router to accommodate a couple of new employees rather than upgrading to a better solution like a wide access point.

Most devices used in a SOHO setting are broadcasting more information than necessary, and many are also very promiscuous in accepting requests, too. This can be made worse by the fact that SOHO operations often use off-the-shelf consumer products that tend to be designed for convenience rather than security.

It’s not uncommon to find devices broadcasting SSIDs, for example. Similarly, modems and routers may retransmit requests for common services like HTTP, FTP, email, and RDP without question. This means a networking specialist will usually have to deal with these issues.

Working from the existing map of the network and the needs of the business, a new map can be developed to limit problems. A business that maintains a small database for customer relationship management can move that database onto a separate part of the network to provide it with more security.

It can then be configured to only accept requests from locally based devices with specific local MAC or IP addresses, and privileges can be used to limit access to the minimum required to do the job.

It’s rare that a SOHO enterprise has network monitoring running. A networking specialist can configure monitoring to work with a local computer or to send messages directly to it. This will make it easier to spot these data.

Is All This Necessary?

Yes, it is necessary. While many SOHO operators assume they are too small to be of interest to hostile parties, the reality is quite different. Malicious attacks on networks have diversified significantly in recent years.

Do not assume a network won’t appear on their radar. First, hostile actors are increasingly comfortable phishing for small targets because they know they won’t draw as much attention.

Second, small businesses are often becoming targets of ransomware attacks where hackers extort the little guy for small amounts of money and then keep reinfecting their systems once they know who’ll pay.

Third, much of the process of black hat hacking is now automated, and those automated systems care more about a vulnerable computer that can be easily compromised than they do juicy targets.

As more small enterprises and home offices appear thanks to the advent of the gig economy, location independent jobs, and other changes in the workforce and business, network security is becoming a bigger issue. For people running those businesses, knowing a good network specialist who can address their security concerns is essential.

That means the job market for those networking specialists is growing as businesses hire them directly or enter into contracts with firms that provide SOHO computer security services.

Working with networks in the SOHO environment is a different deal than securing systems at multinational corporations. The challenges are often more diverse, but networking specialists and business owners often end up working face-to-face.

The job also tends to have more day-to-day surprises, and many networking technicians enjoy that because working at big companies can get monotonous with things like rolling out mass updates across thousands of servers. SOHO networking and security take more people skills, and the job rewards those who are good explainers.

Securing the world’s small networks is critical to the security of the broader internet. If you’re looking for a less conventional environment, becoming a SOHO networking specialist can be very rewarding.